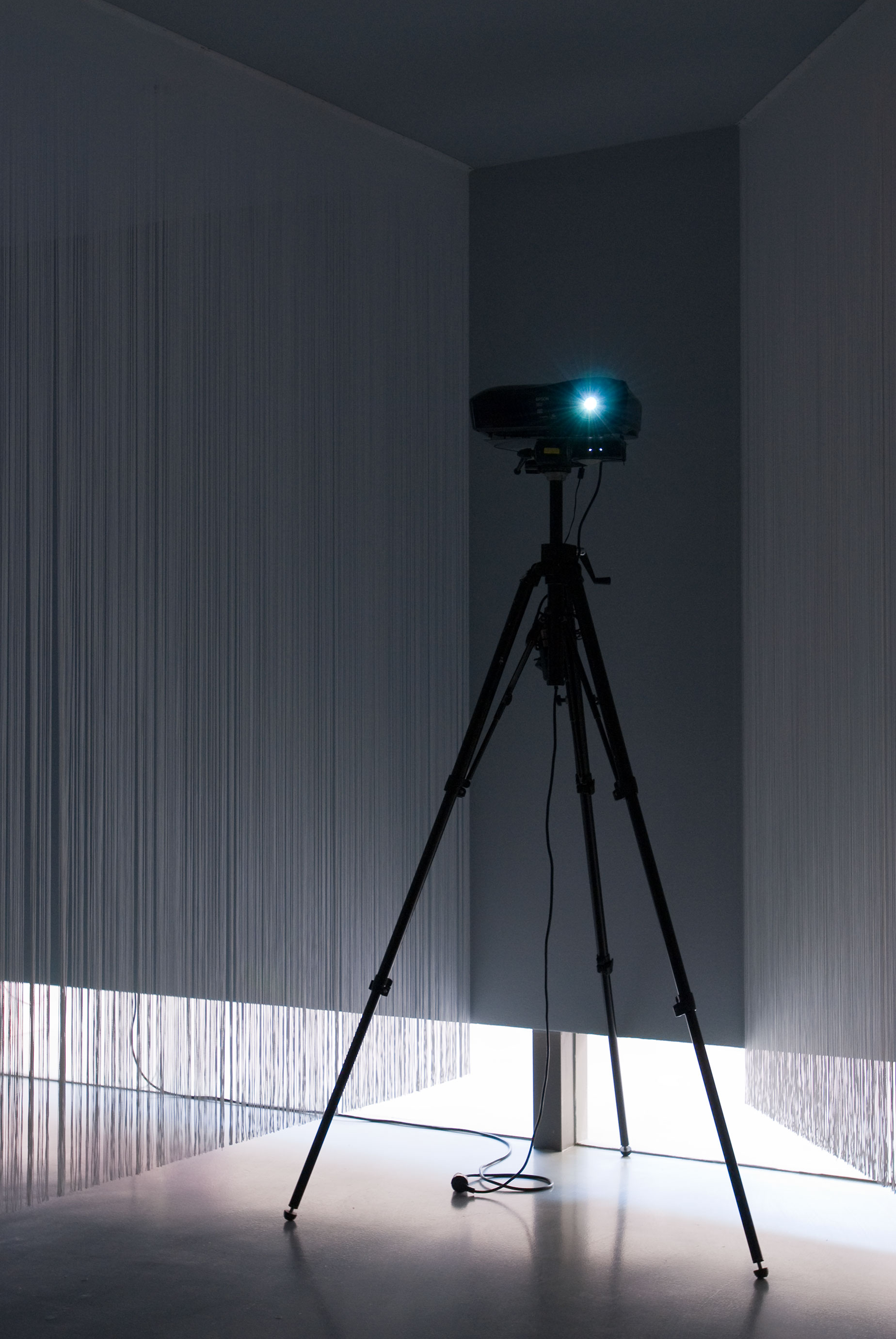 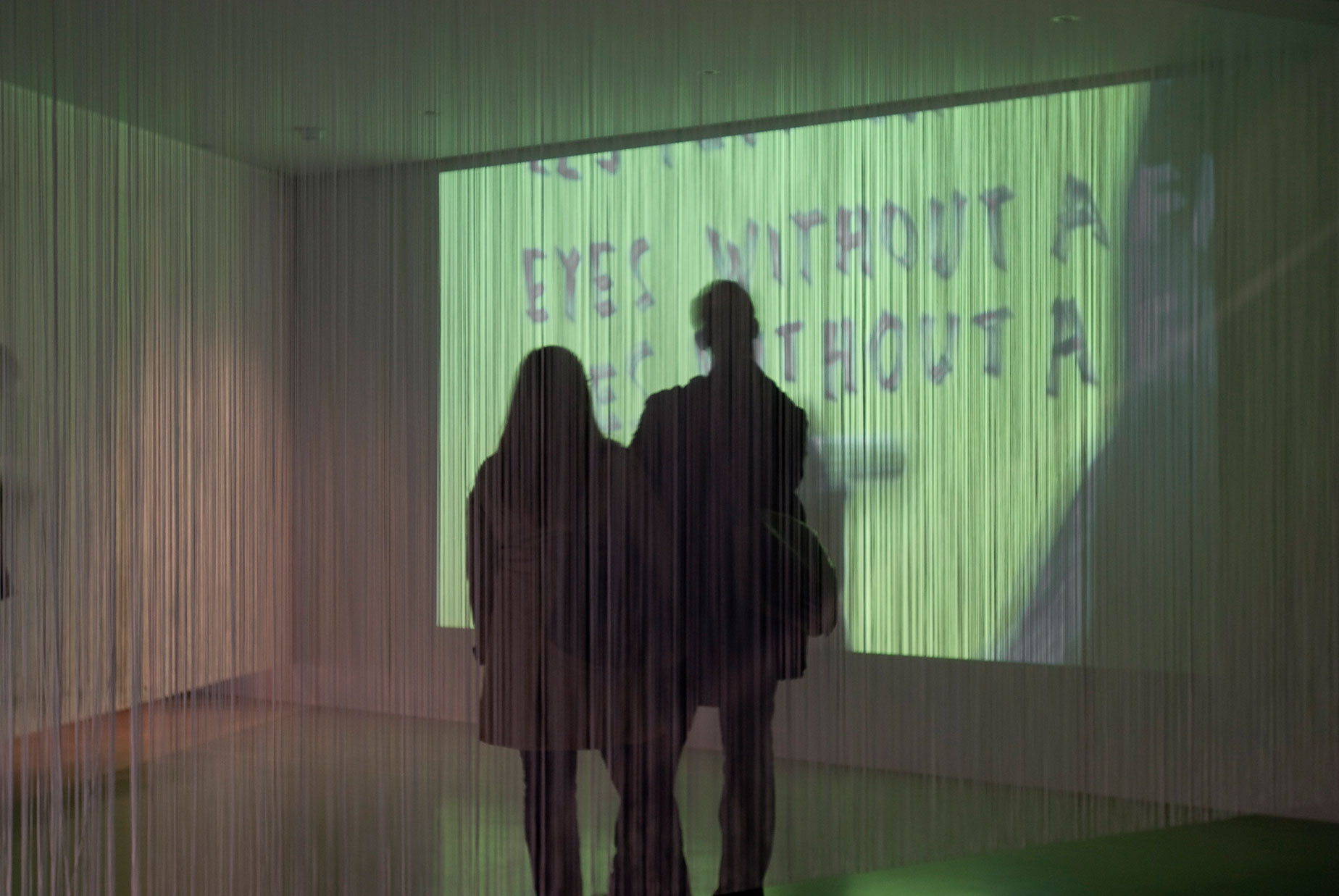 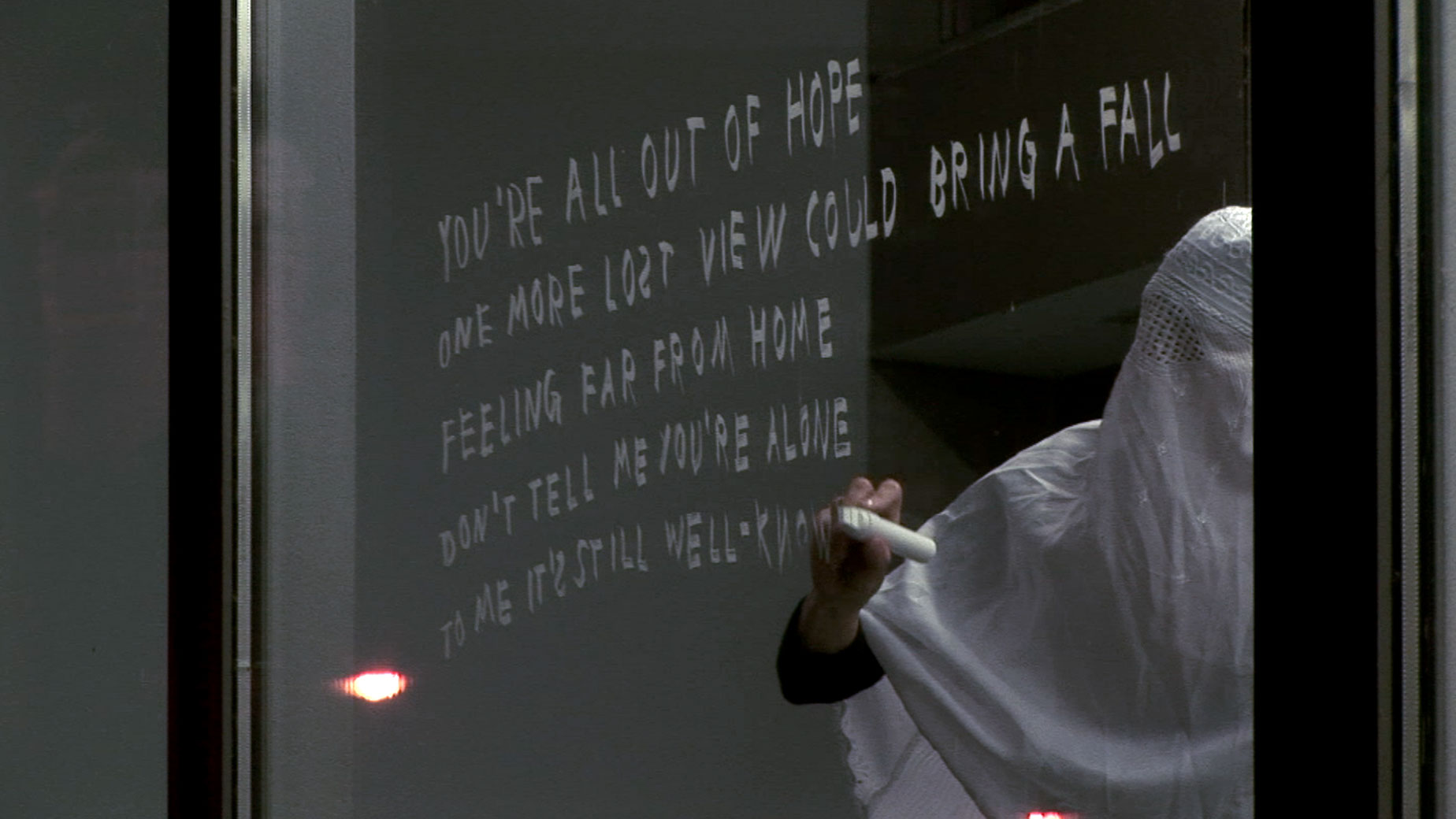 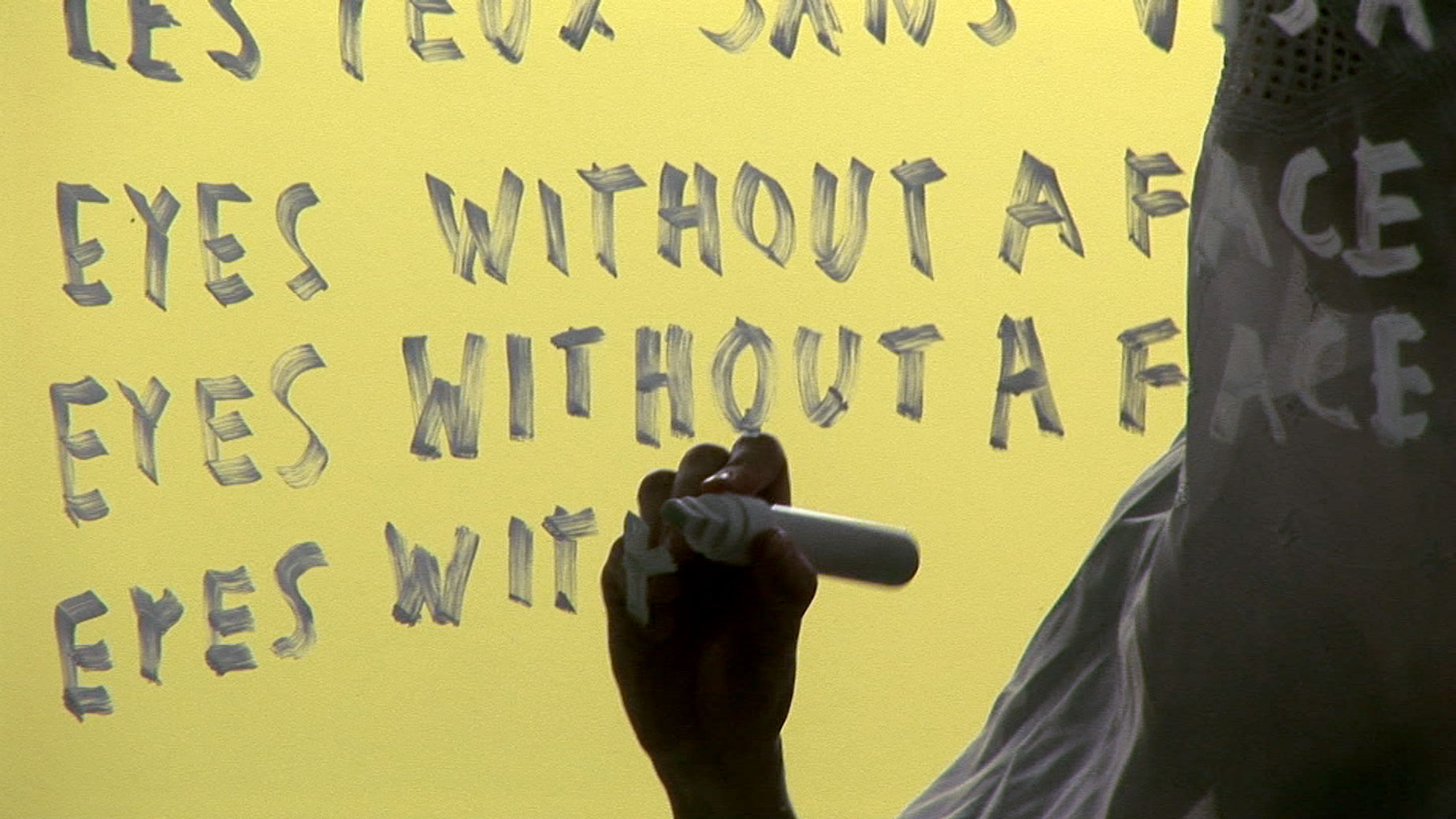 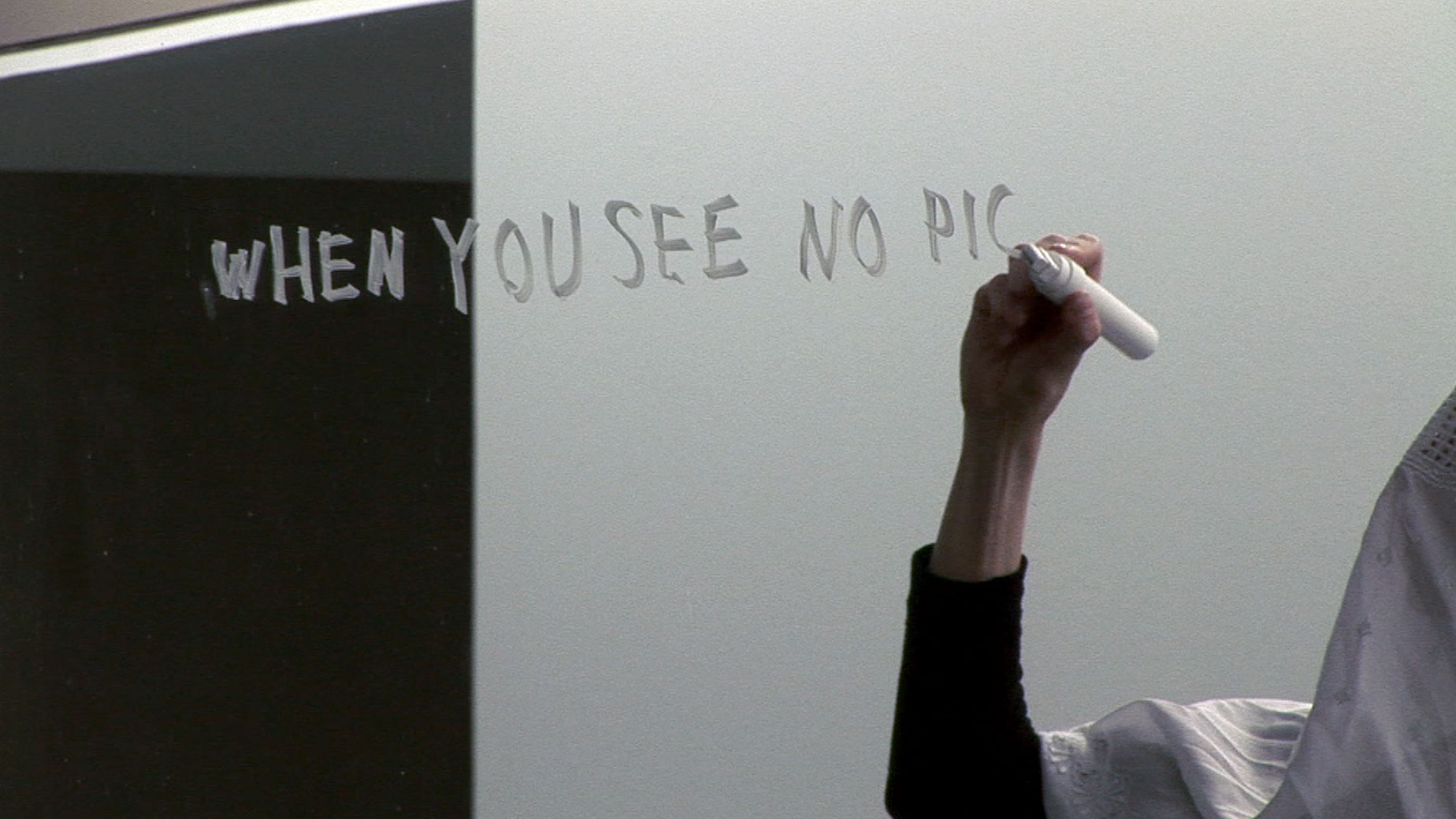 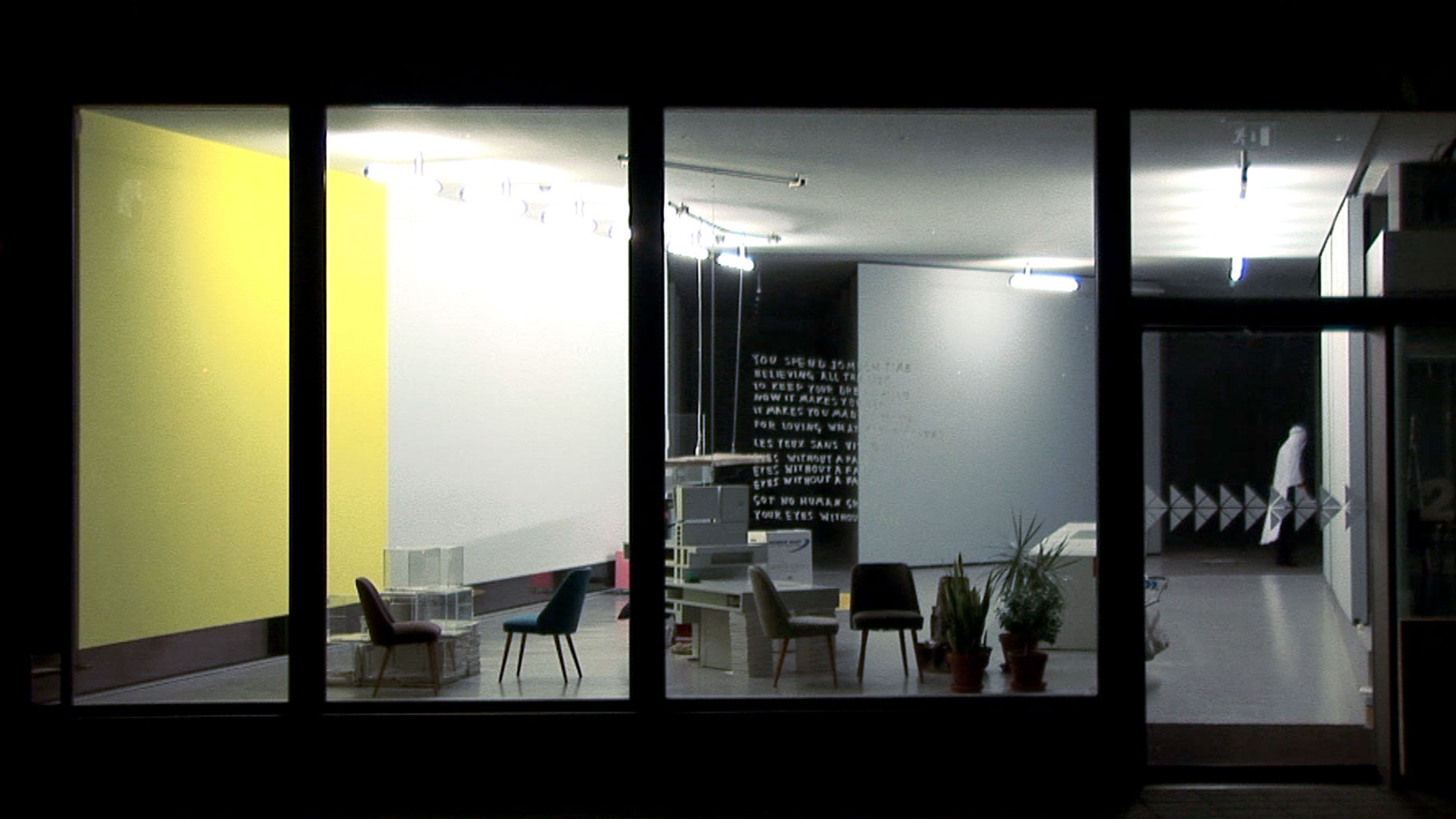 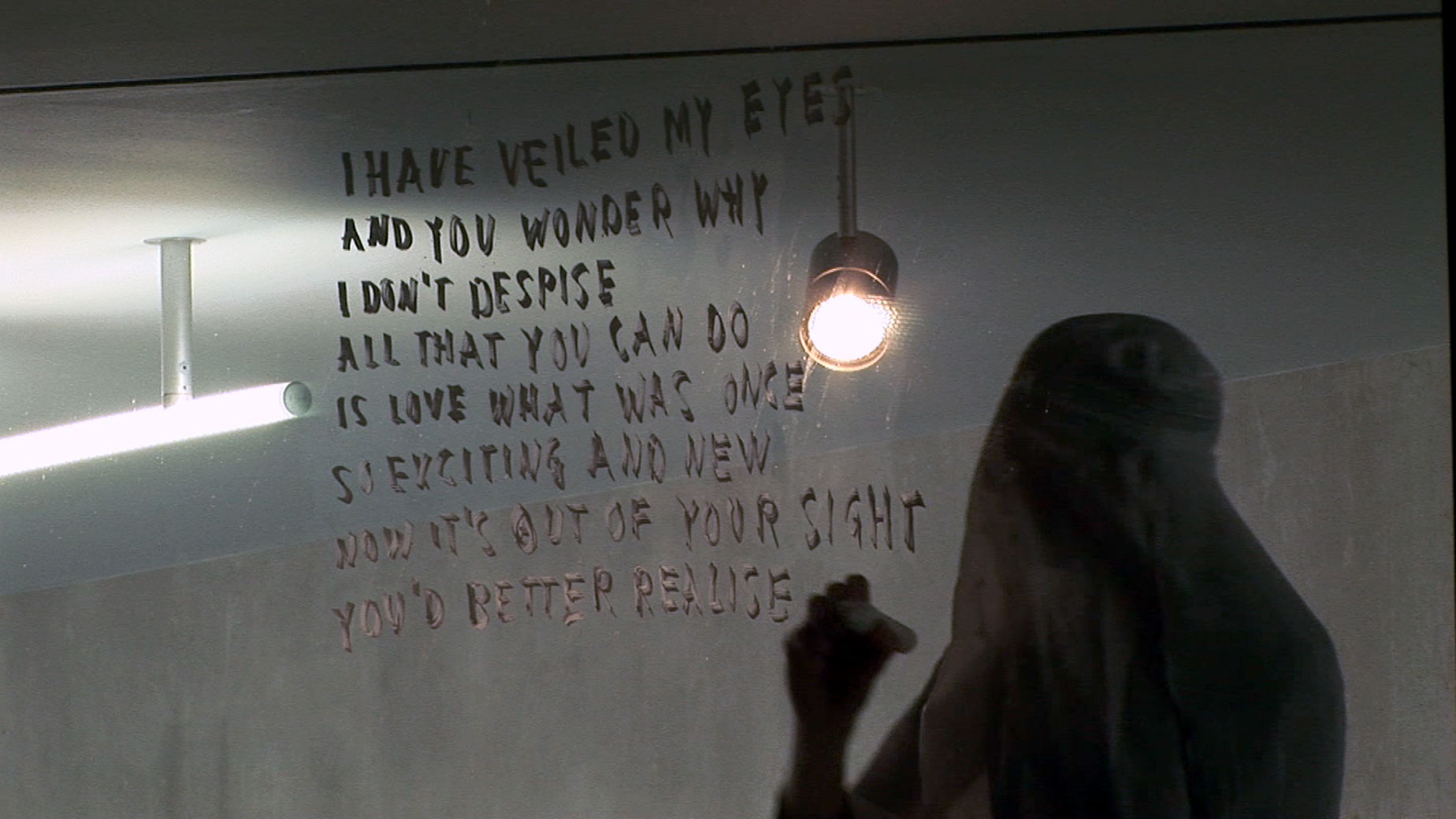 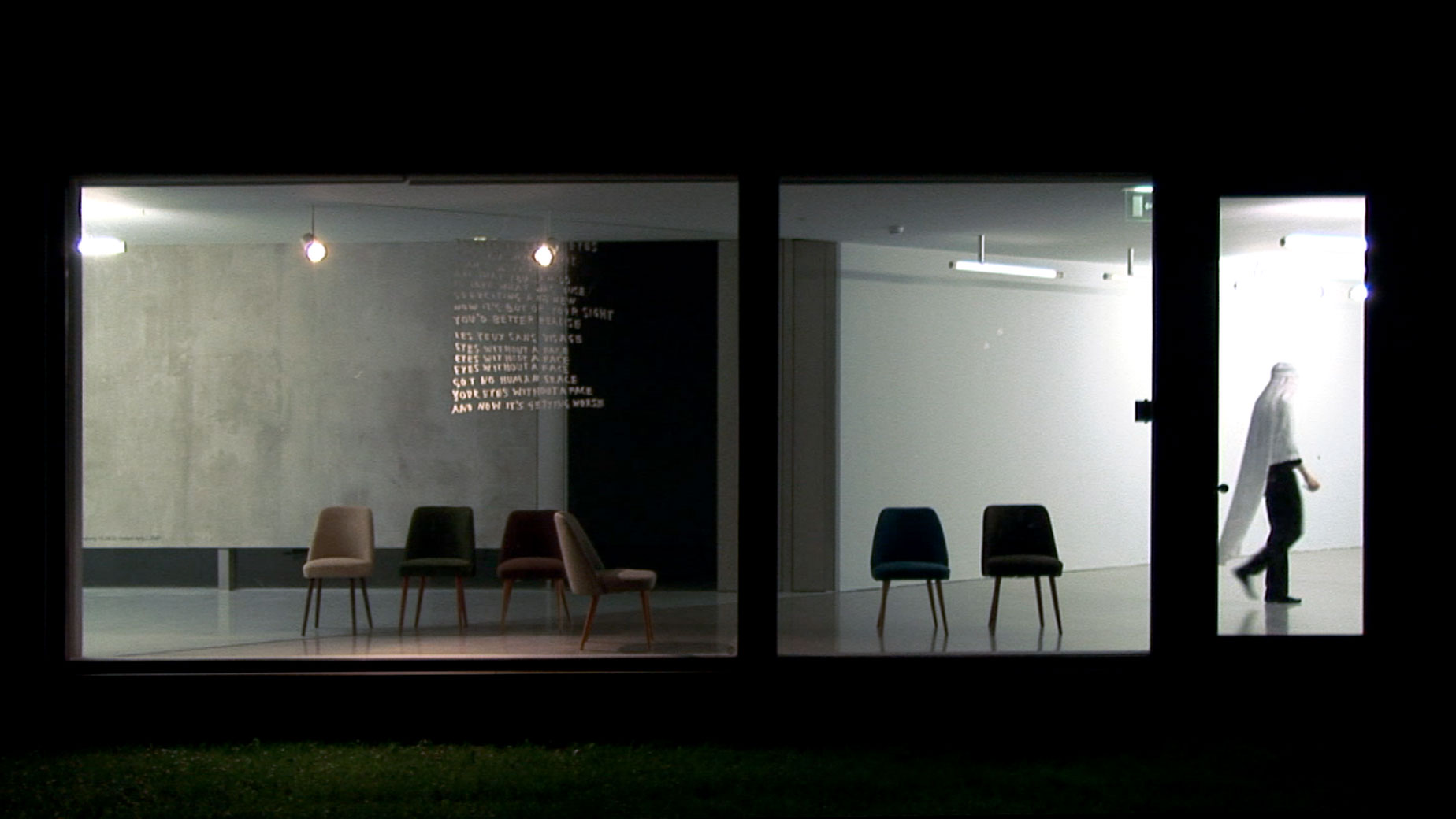 Stefan Hurtig approaches the Museum of Contemporary Art Leipzig (GfZK) by making it subject of his installation of video clips. The installation titled featuring/featuring consists of three individual video works: Minne, Eyes without a Face, and Fading like a Flower. Dedicating songs to the gallery’s institutional framework, architectural space, and collecting activity, he addresses issues at the heart of contemporary art. Rewritten pop songs serve as a textual basis for this video compilation.

The video Eyes without a Face shows a veiled person covering the windows of the GfZK’s second building with a verbal texture. This ’burka-perfomance’ defines the exhibition space of the so called ‘Neubau’ as a large scale show-case for art works, artists, and visitors at the same time.

Featured in the Exhibitions: