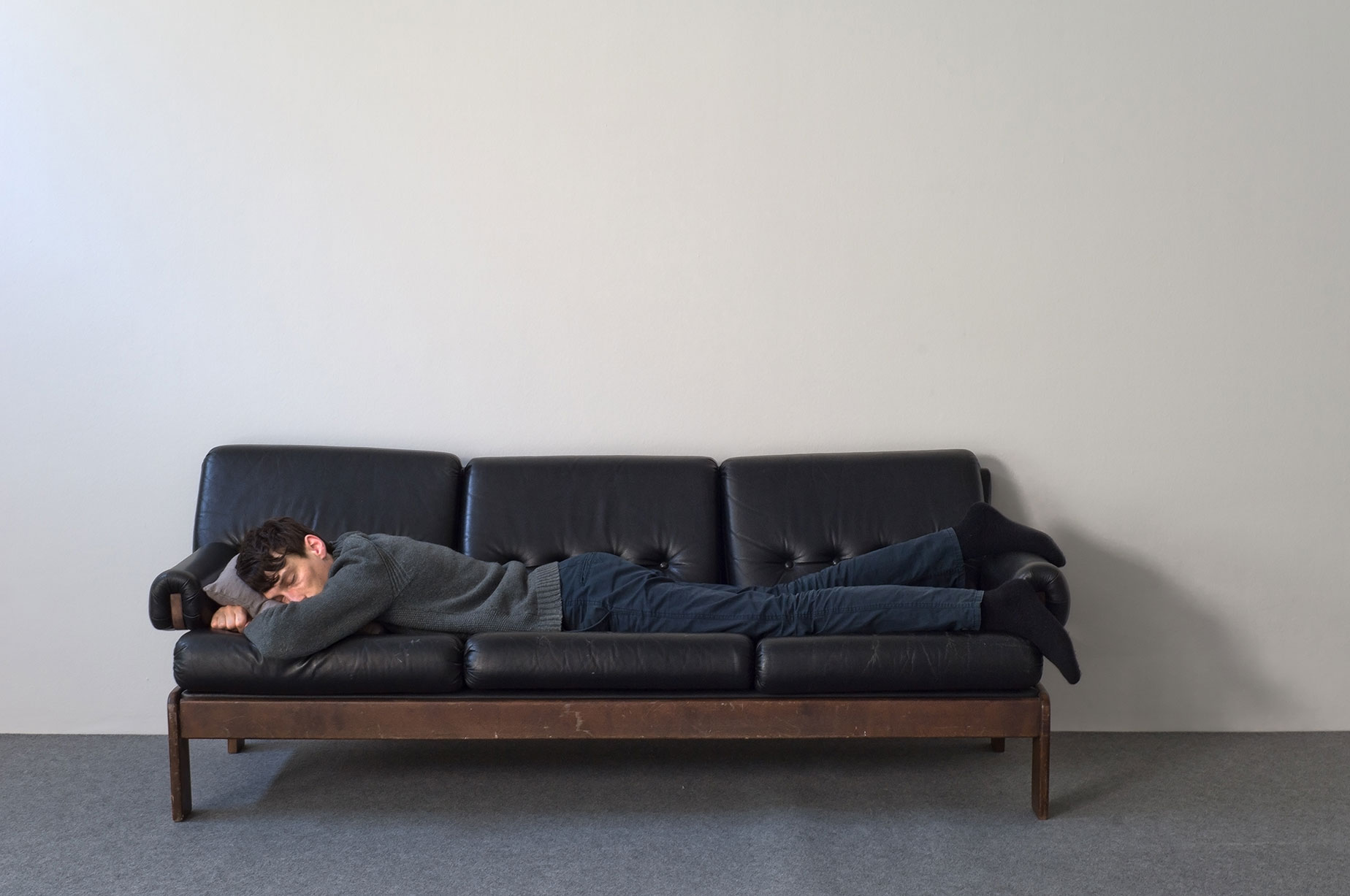 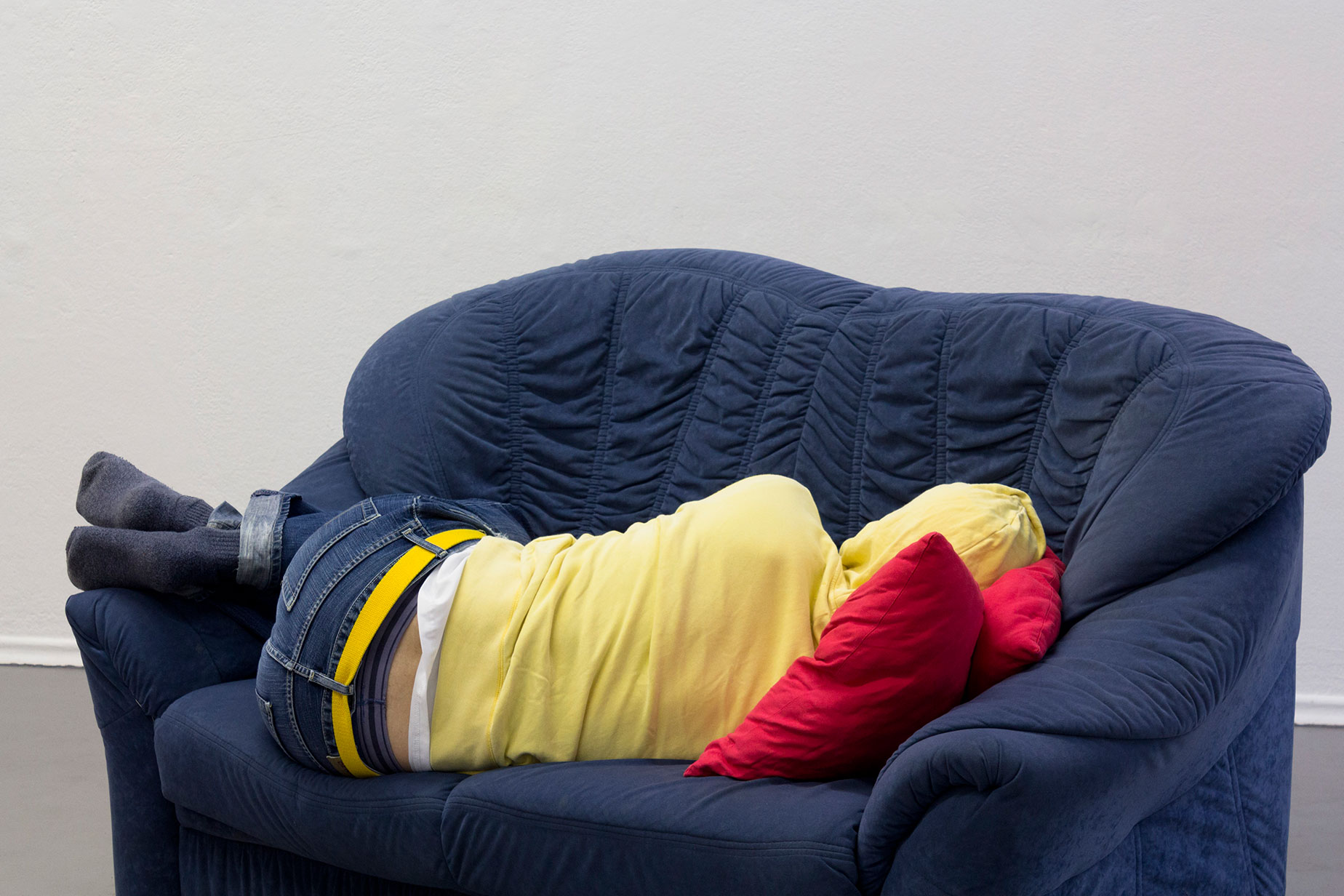 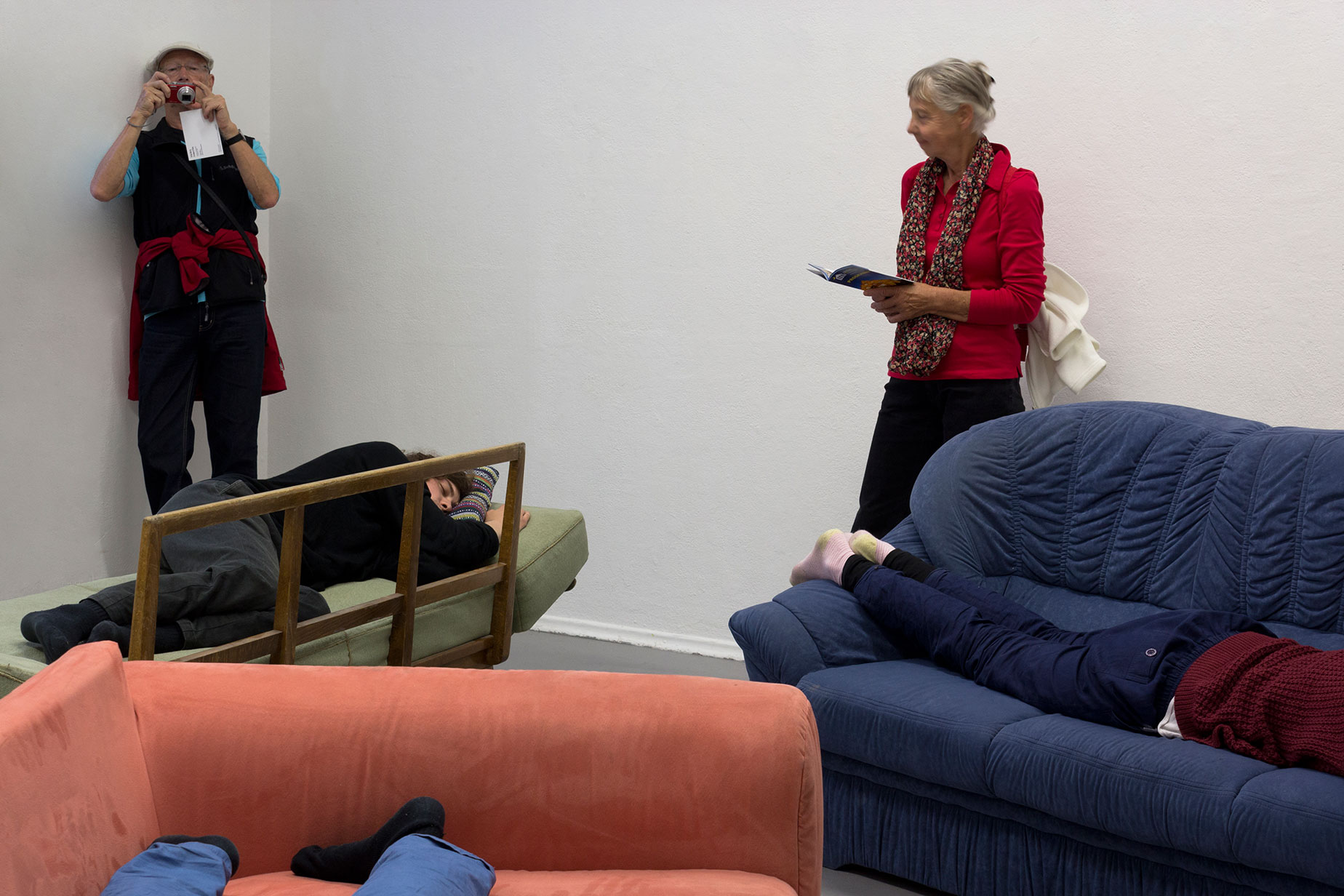 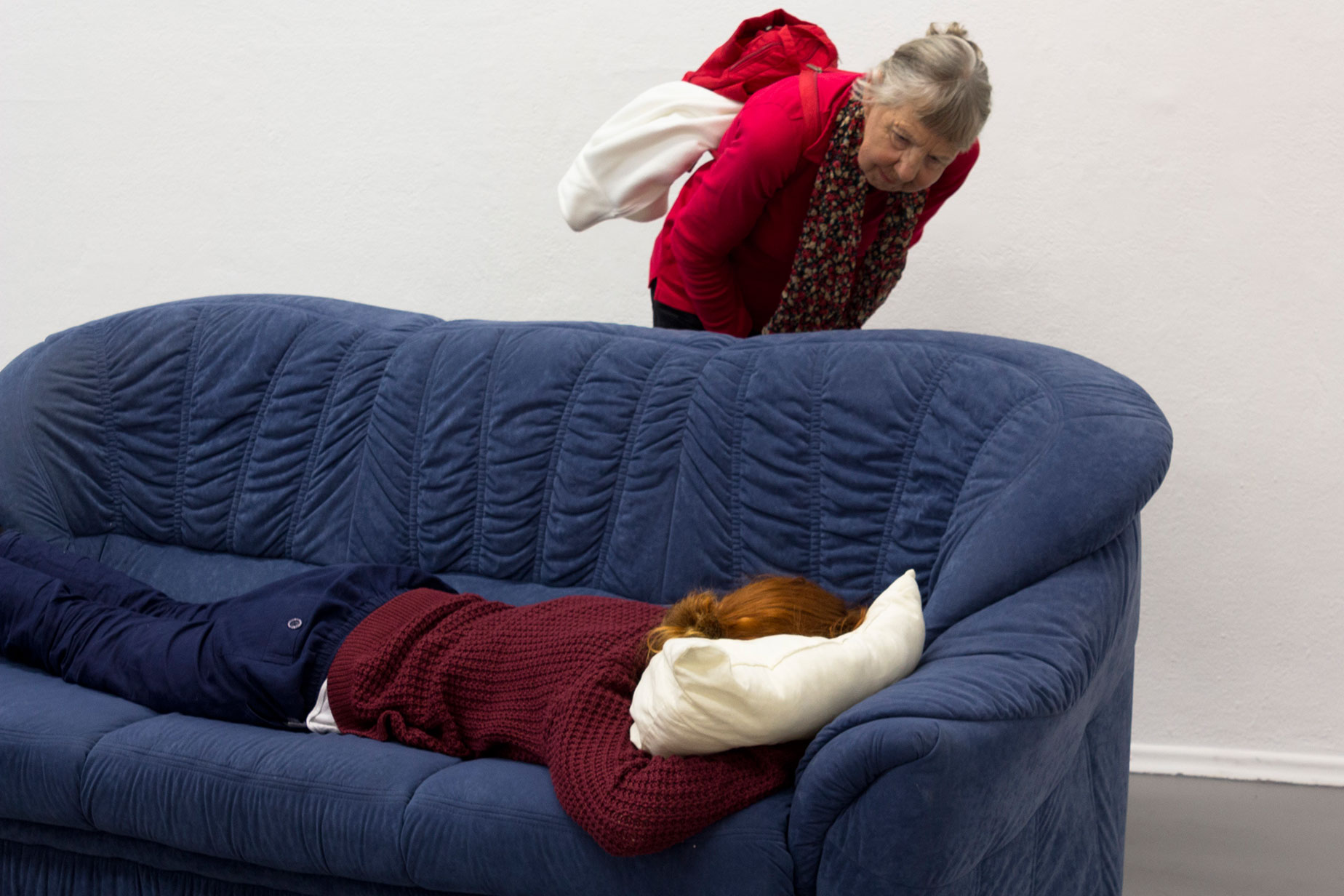 Freedom of Sleep (I would prefer not to perform) is a solo performance commissioned for the group show with the title Up Till Now at MoCA Leipzig. In this context the artist was sleeping in one of the galleries on two days during opening hours. A second version of the performance was later presented at Stellwerk Kassel. On this occasion four of the art space’s curators were sleeping in the gallery during opening reception.

»Stefan Hurtig’s art work questions the praise of constant activity and self-promotion in neoliberal working conditions. The distinct and creative nonconformist subject has become a new kind of role model. If any rebellious act is still supporting normative orders, then why just not do nothing? Hurtig’s performance Freedom of Sleep pays homage to Herman Melville’s literary character Bartleby (Bartleby the Scrivener, 1856) who by repeating the mantra ‘I would prefer not to’ refuses any attempt of being appropriated by society. (…)«

Julia Kurz and Anna Jehle, curators of Up Till Now. Reconsidering historical Performances and Actionist Art from GDR

Featured in the exhibitions: